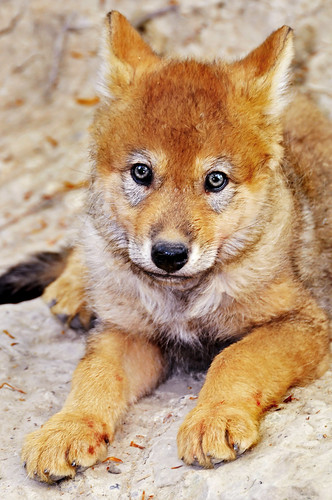 Researchers writing in the February issue of BioScience propose reintroducing small, managed populations of wolves into national parks and other areas in order to restore damaged ecosystems. The populations would not be self-sustaining, and may consist of a single pack. But the BioScience authors suggest that even managed populations could bring ecological, educational, recreational, scientific, and economic benefits.

The authors, Daniel S. Licht, of the National Park Service, and four coauthors, note that research in recent years has shown the importance of wolves to ecosystems in which they naturally occur. For example, the presence of wolves usually leads to fewer ungulates, which in turn generally means more plant biomass and biodiversity. Wolves can also increase tourism.

Licht and his coauthors believe that wolves introduced for the purpose of ecosystem stewardship, rather than for the creation of self-sustaining wolf populations, could enhance public understanding and appreciation of the animals. Advances in real-time animal tracking made possible through global positioning system technology, as well as the use of contraception and surgery, could help in controlling the growth of introduced populations. This approach might mitigate concerns about depredation of livestock and game, attacks on pets, and human safety, Licht and colleagues maintain. Fences could also play a role.

Wolves were introduced to Coronation Island, Alaska, for ecosystem restoration in 1960, and they successfully controlled deer there before the wolf population grew and subsequently crashed. Licht and his coauthors suggest that with more intensive management this unfavorable outcome could have been avoided, and that desirable results could be expected at many sites in North America and elsewhere, provided there are sufficient prey.