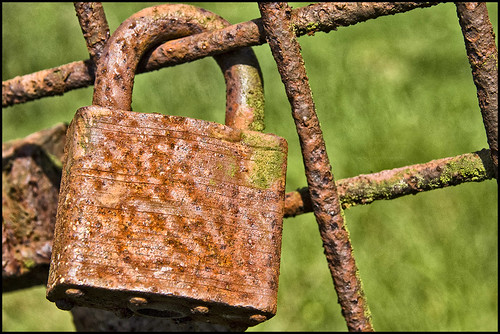 If you’ve ever found a Flash video online that you wanted to save to your hard drive, you’ve probably found that Flash is a tricky format for downloading. It’s no accident. Even unencrypted Flash video, such as most content on YouTube, proves difficult since you can’t simply right-click to save it, as you can with an image file. Video-on-demand sites with premium content (meaning Hollywood major studio content) encrypt their Flash streams, making them even harder to grab.

To encrypt their Flash streams, content owners often rely on Adobe Protected Streaming, which uses either the RTMPE or RTMPS protocols. This article will explain what that means.

Adobe Flash is the most common format for online video, and Protected Steaming is Adobe’s solution for content owners who want to safeguard the video they put online.

Adobe’s system takes two forms: encryption and access control. Encryption means that the data sent — the video itself — is garbled so that an unauthorized user can’t grab the stream and save the video. Videos protected by Microsoft’s Windows Media DRM are stored in an encrypted state, but Adobe Protected Streaming videos are encrypted as they’re sent, and then de-encrypted by the player.

Access control is an optional part of Protected Streaming, and it means that only allowed players can play the video. This prevents a third-party application from grabbing the stream and playing it.

For encryption, Adobe first created the RTMPS protocol, which uses SSL-encryption. “RTMP” stands for “real-time messaging protocol” and the “S” is for SSL (secure sockets layer). SSL is used to create a secure connection for the video.

Starting with the Flash Media Server 3.0 and the Flash Player 9.0.115, Adobe introduced the RTMPE protocol. This replaced RTMPS because it’s simpler and faster. Content sent with it doesn’t require an SSL certificate. This protocol is also less taxing on the computer’s processor.

RTMPE is now the dominant form of Flash encryption, but you’re not going to notice which system a Web site is using when you stream a video. All the end user notices is that the video plays quickly and smoothly. If you have trouble playing protected Flash content, make sure you have the latest version of the Adobe Flash Player (found here). Your computer should prompt you to download a newer version if it’s required for the site you’re on.

You might encounter the term RTMPTE, which is similar to RTMPE, but with tunneling added. Tunneling is a system for hiding data sent over public lines, so this adds one more level of security.

When people can’t save encrypted videos to their hard drive using easier methods, they often turn to screen capture programs, which avoid the whole encryption issue by simply recording the images that show on a computer screen.

Troy Dreier is a well-known technology writer specializing in audio and video hardware and software. He contributes to Laptop, Computer Shopper, Streaming Media, and other Web sites. Troy was previously a staff editor at PC Magazine.