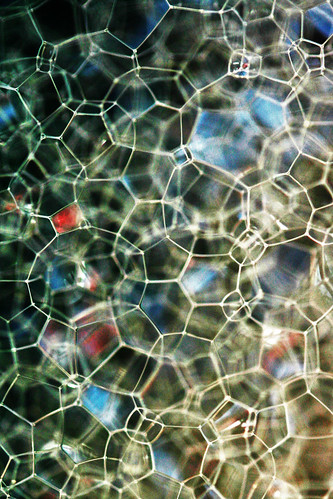 Sandia National Laboratories researchers have taken the first steps toward reducing the size and enhancing the functionality of devices in the terahertz (THz) frequency spectrum.

By combining a detector and laser on the same chip to make a compact receiver, the researchers rendered unnecessary the precision alignment of optical components formerly needed to couple the laser to the detector.

The new solid-state system puts to use the so-called “neglected middle child” frequency range between the microwave and infrared parts of the electromagnetic spectrum.

Terahertz radiation is of interest because some frequencies can be used to “see through” certain materials. Potentially they could be used in dental or skin cancer imaging to distinguish different tissue types. They also permit improved nondestructive testing of materials during production monitoring. Other frequencies could be used to penetrate clothing, and possibly identify chemical or biological weapons and narcotics.

Since the demonstration of semiconductor THz quantum cascade lasers (QCLs) in 2002, it has been apparent that these devices could offer unprecedented advantages in technologies used for security, communications, radar, chemical spectroscopy, radioastronomy and medical diagnostics.

Until now, however, sensitive coherent transceiver (transmitter/receiver) systems were assembled from a collection of discrete and often very large components. Similar to moving from discrete transistor to integrated chips in the microwave world and moving from optical breadboards to photonic integrated circuits in the visible/infrared world, this work represents the first steps toward reduction in size and enhanced functionality in the THz frequency spectrum.

The work, described in the current issue (June 27, 2010) of “Nature Photonics,” represents the first successful monolithic integration of a THz quantum-cascade laser and diode mixer to form a simple, but generically useful, terahertz photonic integrated circuit — a microelectronic terahertz transceiver.

With investment from Sandia’s Laboratory-Directed Research and Development (LDRD) program, the lab focused on the integration of THz QCLs with sensitive, high-speed THz Schottky diode detectors, resulting in a compact, reliable solid-state platform. The transceiver embeds a small Schottky diode into the ridge waveguide cavity of a QCL, so that local-oscillator power is directly supplied to the cathode of the diode from the QCL internal fields, with no optical coupling path.

[Photo above by woodleywonderworks / CC BY-ND 2.0]