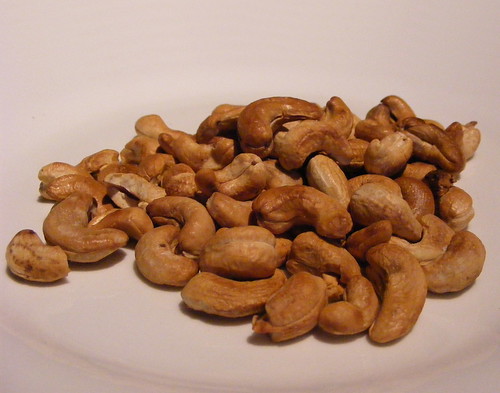 Cashew seed extract shows promise as an effective anti-diabetic, according to a new study from the University of Montreal (Canada) and the Université de Yaoundé (Cameroun). Published in the journal Molecular Nutrition & Food Research, the investigation analyzed the reputed health benefits of cashew tree products on diabetes, notably whether cashew extracts could improve the body’s response to its own insulin.

Diabetes is caused when a person has high blood sugar because their body does not respond well to insulin and/or does not produce enough of the hormone. The illness, which affects nearly 220 million people worldwide, can provoke heart or kidney disease. The goal of the study was to examine the impact of leaves, bark, seeds, and apples from cashew trees, native to northeastern Brazil and other countries of the southern hemisphere, on cells that respond to insulin.

“Of all the extracts tested, only cashew seed extract significantly stimulated blood sugar absorption by muscle cells,” says senior author Pierre S. Haddad, a pharmacology professor at the University of Montreal’s Faculty of Medicine. “Extracts of other plant parts had no such effect, indicating that cashew seed extract likely contains active compounds, which can have potential anti-diabetic properties.”

Cashew tree products have long been alleged to be effective anti-inflammatory agents, counter high blood sugar and prevent insulin resistance among diabetics. “Our study validates the traditional use of cashew tree products in diabetes and points to some of its natural components that can serve to create new oral therapies,” adds Dr. Haddad, who is also director of the Canadian Institutes of Health Research Team in Aboriginal Anti-Diabetic Medicines at the University of Montreal.