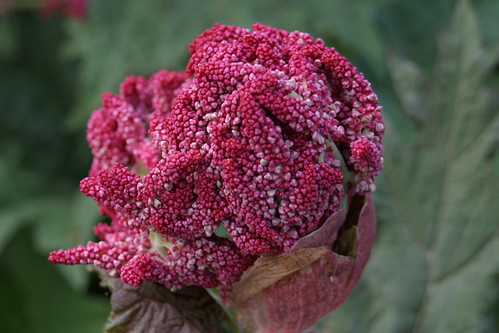 Emodin, a natural product that can be extracted from various Chinese herbs including Rheum palmatum and Polygonum cuspidatum, shows promise as an agent that could reduce the impact of type 2 diabetes. Findings published in this month’s edition of the British Journal of Pharmacology show that giving emodin to mice with diet-induced obesity lowered blood glucose and serum insulin, improved insulin resistance and lead to more healthy levels of lipid in the blood. It also decreased body weight and reduced central fat mass.

“If repeated in humans, all of these changes would be beneficial for people affected by type 2 diabetes or other metabolic diseases associated with insulin resistance,” says lead author Dr Ying Leng, who works in the Shanghai Institute of Materia Medica, Chinese Academy of Science, Shanghai, China.

Research is increasingly showing that an enzyme known as 11β-HSD1 plays a role in the body’s response to sugar contained in a person’s diet. When someone eats sugar-containing food a lot of glucose floods into the blood stream. In response, the body releases insulin and this hormone triggers various actions that help to clear excess glucose from the blood. The body, however, also has another set of hormones known as glucocorticoids, which have the opposite effect to insulin. And this is where 11β-HSD1 fits in, because this enzyme increases glucocorticoids’ ability to act.

The research revealed for the first time that emodin is a potent selective inhibitor of 11β-HSD1, and as a result it effectively limits the effect of the glucocorticoids, and ameliorates diabetes and insulin resistance.

“Our work showed that this natural extract from Chinese herbs could point the way to a new way of helping people with type 2 diabetes as well as other metabolic disorders. To develop it further, researchers would need to develop chemicals that have similar effects as emodin, and see which if any of these could be used as a therapeutic drug,” says Dr Leng.