Unless you’ve been living under a rock, then you’ve heard about the events taking place in Egypt right now. With its large scale uprising, clearly there is a massive shift in the air. But what’s interesting is how social media is still being used, despite Egypt having access to Twitter and Facebook cut off. That’s right, its government has cut off access to these social media tools, but protesters have found a way around it regardless. The interesting part is that a lot of the tools being used are likely things that we use ourselves.

The option to share your opinion with others — yeah, despite the uprising and anarchy that goes with it, there’s an app for that. Various Twitter and Facebook apps are able to get around the government set blockade because these apps don’t require authentication. That’s great news for the protesters, but potentially a security problem for others down the road when the exploits begin to surface.

Software pirates have been using these for years, as have those running software to grab movies over the Internet against the wishes of the MPAA. The same applies to the music industry or anything with a copyright, for that matter. These proxy sites provide a thin layer of anonymity for the end user and, in some cases, allow people to connect to sites blocked by an ISP. In the situation of Egypt, I have heard they are being used extensively. 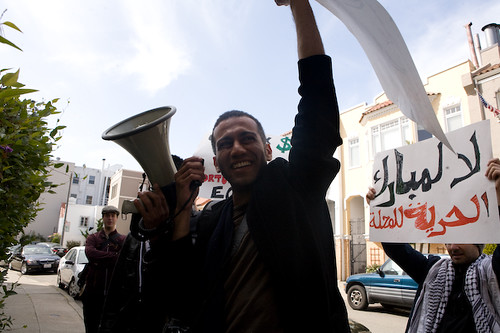 One option that I think we overlook — as we may not see a need for it here in the West — is Tor. Rather than being a single proxy site, this is a software app you run that allows you a fairly decent rate of privacy. And yes, at least for a while, people were using this app in Egypt.

Because some folks need to give the appearance of visiting a site from elsewhere, VPN services have been popping up with free offers of service at no charge. Nice, but with the way things are going right now for these folks, I’m not entirely sure how much this is going to matter in the long haul (with rumors of the Internet access being blocked entirely there now). But it’s a nice idea to want to help these folks get the word out as to what is going on over there.