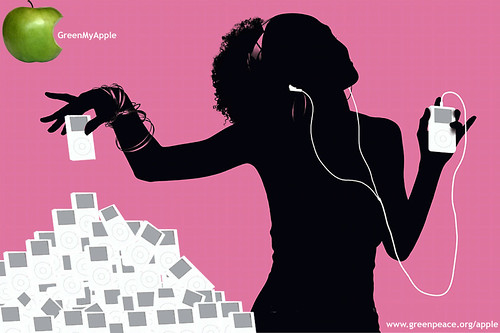 What is the point of the MacBook Air? I mean for the cost, why not simply go for the gold with the MacBook Pro instead of the Air? In true Apple fashion, the decision that the CD/DVD is a dead media, well that choice is being made for you. Unfortunately reality called and is asking how one who still uses this “dead” media is supposed to react to Macs going away from disc media?

Obviously the Air isn’t going to cut it as a primary computer anymore than the MacBooks standard was supposed to. That is why they have the MacBook Pro and iMac, after all. For ultra-portable, doesn’t the iPad already cover this? Maybe instead, the Air demonstrates that we still need keyboards with tactile sensation and simply relying on screen isn’t cutting. So then which product is coming up as counter-productive here?

To be ultimately clear, this is not anti-Mac in stance at all. More less, asking the question as to why we have an iPad and an Air, competing in the same space for the same dollars? Unlike the Touch and the iPhone, they have very different markets where I see the Air and the iPad, overlapping a bit too much. Then, am I just reading too much into this and can we live in a world with both devices? Guess the market will dictate this one for us.

One would think in this day and age of high tech gadgets, that it would be a simple matter to locate a down jet in the Atlantic ocean. But the recent crash of Air France Flight 447 with 228 souls aboard shows the limits of what technology can do. As I watched the news reports of the missing flight I couldn’t understand how it could be difficult to locate the wreckage. With GPS and all of the tracking abilities we have, could a jetliner really take so long to find?

One can look back to the sinking of the Titanic back in 1912. The ship was located at a time when the only means of communication was the Marconi wireless system and navigational plotting. Now some 100 years later, with computers running the world, with satellites soaring overhead and Billions spent on technology, are we any better off?

According to an article at SF Gate it describes the problems:

Analysts were scrambling to figure out exactly what kind of satellite-enabled communication systems the plane was equipped with. Using the latest gear, airplanes can automatically transmit information such as the plane’s position, altitude, heading and speed. But not all airplanes flying across oceans are equipped with such technology.

Some experts say that given the vastness of the ocean, the crash site might never be pinpointed.

That could prove a major headache for safety investigators who place a high priority on finding the plane’s black box data and voice recorders. Typically, the black boxes have tracking beacons that activate when the boxes get wet. The radio signal works for about 30 days. Search teams will have to be within 4,000 to 5,000 feet of the black box location to pick up the signals.

Investigators from around the world will want to know precisely what went wrong on the flight. The A330-200 is a common jet in the industry. It specializes in international flying, especially transatlantic routes. Analysts say A330 planes have had an unquestioned safety record. Northwest, which recently merged with Delta Air Lines, has 11 A330-200 planes and 21 of the larger A330-300 models. US Airways has nine A330-300s, according to Airbus.

I am sure these and other questions are going to be asked in the coming weeks and months as the investigation proceeds. But one thing we do know. Technology did not help much in locating the wreckage quickly.

What do you think?

This was already mentioned here on LG so I won’t rehash what the free air waves entail, but I just wanted to mention that Google has a site and a petition being sent to the FCC. I personally believe that the white space should be open. On the Google site they state:

Remember that fuzzy static between channels on the old TVs? Today more than three-quarters of those radio airwaves, or “white space” spectrum, are completely unused. This vast public resource could offer a revolution in wireless services of all kinds, including universal wireless Internet. The FCC will soon decide whether to open this unused spectrum for general usage, and your voice matters — a lot. So if you agree that freeing the white spaces represents a vote for the future of the Internet, please sign our petition and help spread the word about this campaign.

So if you would like, please take a moment and sign the petition at the link below.

The ‘air car’ is still making headlines since just the thought of a car that runs on compressed air excites the imagination. But some skeptics are wondering if such a vehicle is even possible. Some in the scientific community believe that the volume of air needed to propel a vehicle would require a very large compressor that would need to be gasoline driven. Though the inventors claim a 100+ MPG range, some are not so sure this is even possible.

Over at CNN an article states:

Plenty of skepticism exists, but with many Americans trying to escape sticker shock at the gas pump, the concept is generating buzz.

The technology has been the focus of MDI, a European company founded in 1991 by a French inventor and former race car engineer.

New York-based Zero Pollution Motors is the first firm to obtain a license from MDI to produce the cars in the United States, pledging to deliver the first models in 2010 at a price tag of less than $18,000.

The concept is similar to how a locomotive works, except that compressed air — not steam — moves the engine’s pistons, said Shiva Vencat, vice president of MDI and CEO of Zero Pollution Motors.

Experts aren’t sure Americans will be zipping around in air cars and getting 106 mpg, or more than twice the fuel economy of hybrid-electric vehicles such as the Toyota Prius.

It is possible to power a car with compressed air, but the mileage claim is “at the edge of possibility,” said John Callister, director of the Harvey Kinzelberg Entrepreneurship in Engineering program at Cornell University’s College of Engineering.

He noted such dramatic fuel efficiency is associated with tiny experimental cars, not bigger mainstream

Interesting concept if in fact it works. Hopefully we will find out sometime next year when it is thought that this vehicle could show up at the Automotive X Prize for vehicles claiming 100 MPG or more.

What do you think? Is this for real or just in someones imagination?

The Lenovo ThinkPad X300 is one of the first full size laptops to go up against the thin of the thin, Mac Air. Though the X300 isn’t as thin, it does offer some hardware features that the Mac Air can’t handle because of its thinness. But the X300 still fits inside a standard interoffice envelope and weighs in at just 2.9 lbs when using the 3 cell battery.

What Lenovo has chosen to add to its version of thin might just be more to the liking of businesses and consumers alike. First off is a built-in DVD player/burner. So watching a full length movie during one of those long plane flights is still a viable option. Also the X300 offers three USB ports vs. the Air’s lonely one port.

But the biggest benefit is going to be the user-replaceable battery. The Air doesn’t have this feature, which prohibits users from carrying extra batteries for extended use. This one feature alone is going to make the X300 more attractive in the long run.

Now that Lenovo has released its latest thin laptop, we should expect others to follow relatively soon. These units are expensive compared to standard units so it’s all going to come down to how much you wish to drain your bank account.

Though no complete reviews have been written as of yet, the Crave site has some pictures of the offering from Lenovo here.

Looking for the cutting edge in fuel efficiency? Want to have a car in your garage that uses a renewable source? Well the Air Car may be just for you. This futuristic vehicle, dubbed the Air Car, makes some pretty hefty promises:

The Air Car is a new generation of vehicle that finally solves the motorist’s dilemma: how to drive and not pollute at a cost that is affordable!

The Air Car is built with the high performance Compressed Air Technology (C.A.T.) developed by Formula One race car engineer Guy Negre. This technology is proprietary and protected by over 40 patents to date. Negre applied his years of knowledge and experience developing Formula One engines — which start with a kick of compressed air — to achieve this major first step towards his ultimate vision: enabling clean driving at any speed and for any distance, at a cost that makes it a reality for everyone.

A six-seater model is the first Air Car scheduled to enter the US landscape. It will bring you the freedom of driving as much as you want or need without guilt. Freedom from soaring gas prices as well as freedom from pollution (only pure air exits its tailpipe).

The technology has been tested. Prototypes have been running. The Air Car is now entering its final development stage, leading to the Air Car you will drive.

Interesting concept. Pricing starts at $17,800. What do you think? Is the Air Car for real?

For months the rumor mill was churning indicating that Google was coming out with some type of a phone. Now the rumor this week is that Google might be setting their sites higher. I mean like really high. Seems that Google has been eye balling the up and coming sale by the FCC of the 700Mhz band that will be auctioned off.

Google having the mega bucks is in a position to acquire some of this air space. Now picture this. Google providing free mobile phone service supported by advertising. Far fetched? Who would of thought back say 5 years ago that Google could make a killing selling Google Ads?

Who would turn down free service even if you had to view a few ads? I’d go for it.

How about you? Would you use a service such as this from Google if it was free? :-)

Maybe in the next few weeks we may have a clue. Google rumor #142 is that Google plans to open mobile service in the UK.