Unlike simple instructions or an automatic answering machine, an avatar or virtual person carrying out the tasks as an assistant enables its user to have “more intuitive and natural” communication, states Ms María del Puy Carretero, computer engineer and researcher at the Vicomtech-IK4 centre, who is working on perfecting avatars. In fact, she has recently proposed and validated a series of tools and architecture that enables a virtual person to perform equally on a computer screen, a mobile telephone or a PDA, i.e. its identity and manner of interaction is not affected by changing the device. Based on the work undertaken, Ms Carretero defended her thesis, entitled Multidevice avatars for multimodal interaction at the University of the Basque Country (UPV/EHU). 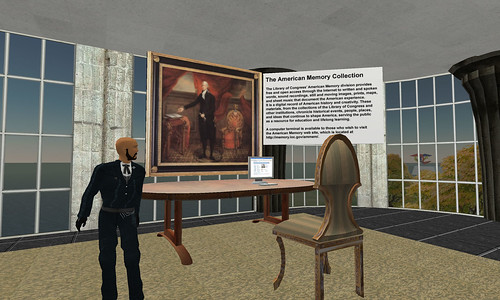 Ms Carretero used the markup languages known as ACML (AMD Core Math Library) and VHML (Virtual Human Markup Language) as computer applications in order to determine respectively the appearance and manner of interacting of the avatar. One of the main contributions of the thesis is, precisely, a series of tools proposed by the author for the simple labelling of the avatar using these two languages. Thanks to these tools of the author, it is much easier to specify and edit the appearance and behaviour of the virtual person and facilitate its integration into different applications, in such a way that, on changing the device, its identity is preserved.

Likewise, in her thesis, Ms Carretero designed, proposed and validated a multi-device architecture which thus facilitates the integration of the virtual personage into different devices, having the same appearance and voice and identical behaviour in all of these.

As explained by the researcher in her thesis, integrating this series of applications does not involve great problems for the computer being used. On the contrary, the load for the server is very small, thus facilitating the scalability of the number of users; i.e. this does not seriously affect the quality or fluidity of its activity. Moreover, the interaction between the user and the avatar is immediate. Finally, the proposals measured also open the possibility of interacting with the avatar on a local network instead of online, resulting in great savings Internet traffic data. 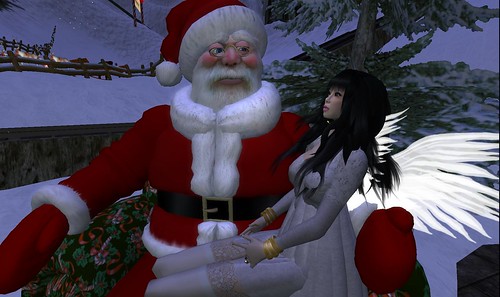 Old or young, beautiful or sinister — the choices are endless when designing an avatar or a virtual alter ego. In the end, do people choose one that is really different from themselves? Usually not, according to new Concordia University research that shows in most cases, avatars reflect the personality of their creators. The study, published in next month’s issue of Psychology and Marketing, has implications for real-life companies who would like to reach both the virtual and real-world markets.

“It is estimated that by 2011, 80 percent of Internet consumers and Fortune 500 companies will have an avatar or presence in a virtual community,” says Dr. H. Onur Bodur a professor at the Concordia John Molson School of Business. “There is limited research about these environments thus we undertook the task of understanding the consumers behind avatars.”

Dr. Bodur and a former graduate student, Jean-Francois Belisle, studied the avatar-creator behaviour in the virtual community Second Life. “This virtual world stands out because it has its own economy, where real-money transactions occur,” says Belisle. “Membership in the avatar world has increased more than twentyfold between 2006 to 2009 and has reached about 15 million.”

Avatar-creators were asked to fill out a questionnaire about their personalities and these characteristics were compared with the impression their avatars made on viewers. Physical traits such as hair length and colour, body shape, style and type of clothes provided visual clues about the human behind the avatar.

“Overall, the impressions made by the physical traits of the avatar match certain dimensions of the true personality of the creator,” says Dr. Bodur. “For example, attractive avatars with stylish hair and clothes were perceived to be extroverted. This was confirmed by the personality measures obtained from Second Life participants.”

“This correlation between avatar and creator helps identify the consumers behind the avatars and will lead to improved avatar-marketing strategy. Our findings will also help guide the choice of visual cues in the design of corporate avatars representing real-world companies.”

Back in December 2009 Avatar was released in theaters and I neglected to go to the movie because it was over two hours long. Well I was wrong, this is possible one of the best movies I have seen to date. I have found nothing wrong with this movie. The storyline was superb there is nothing else like it that I have found that is that good. It was thrilling and adventurous. Even though this is a sci-fi movie it doesn’t overdue it. This movie has the right proportion of adventure, romance, and drama. I am a big movie critic, I have taken a couple writing about media classes and know what to look for in movies.
If you want to get into technical aspects I found camera angles were excellent. The extreme camera angles during fighting scene made you felt like you where there watching the action and during the more romantic scenes the camera angles are smooth and find just the right angles to show their emotions.
For a major CG movie like this the graphics felt very real and life like. With many CG movies you see lack in graphic and rendering, but with Avatar you see none of this. This movie has the best graphics that I have ever seen.
Overall I give this movie a MAJOR two thumbs up. I cannot say anymore about this because this movie is just so good, words cannot describe it.


I have had the opportunity to see James Cameron’s movie Avatar, in 3D form and also in 2D. I haven’t mentioned my preference to which I like better, since I didn’t want to see like I was prejudiced against one technology or the other. But after doing some checking on the Internet, I have discovered I am not the ‘Lone Ranger’, which it comes to preferring seeing Avatar in 2D. Yes, folks, 2D rules!

Let me explain to you what happened and how I ended up seeing the movie twice, something I do not normally do. When Avatar first came out it appeared at one of our local cinema in 3D and  that charges the full rate of what people are willing to pay, which in this case was $8.50 per ticket. In addition we were overcharged for our popcorn and soda’s and it ended up being a $30 evening to see the movie for my wife and I. My impression. I liked the movie but 3D didn’t exactly make my day. It was just O.K.. IMHO

Last Saturday I took my 10 year old grandson to see Avatar in 2D at our local cheap movie theater which charges only $2.50 per ticket. Yes, they still get you on the over priced popcorn and drinks, but the price is right. OK. The price is down right cheap! LOL Since the ticket price was cheap, I would assume that they could only get the cheaper 2D movie. Just a guess on my part.

Bottom line. I enjoyed the movie more in 2D than I did in 3D. Not wanting to be the only person who may have though this, I kept my thoughts to myself. So I decided to do some surfing around to see if anyone else felt this way. You guessed it. There are people who agreed with my opinion. In fact in one poll taken the 2D voices prevailed. There were only 64 votes total, but 38 of those voting preferred 2D over 3D.

I am prejudiced? Yes, I must admit I am. I personally believe that 3D is just a gimmick that will fade fast once the public sees for themselves that a movie in 2D offers more than one in 3D. Just my 2 cents.

What do you think?

One of the things that people love to customize when they’re online is their avatar on the services that they use. While the Internet is personal in some ways, it’s also very impersonal, and that’s why avatars are nice because they help individuality to shine through. It may sound ridiculous, but you can tell a lot about a person by just looking at their avatar. Since Twitter is the latest and greatest thing online right now, a lot of attention is placed on a person’s avatar because it’s one of the few things that can be customized. If you don’t want to just have the same old picture all the time, give Snapatar a try.

This service enables you to take a picture from your webcam and upload it to Twitter as your avatar. The process is simple and happens on just one page. Once you snap the picture, you then enter your Twitter account information and send it to Twitter. This simplified process may actually encourage you to change your picture more often because you don’t have to go through a series of more complicated steps.