We are all familiar with the unfortunate fact that children, teens, and young adults have been known to treat their peers nastily in voice and actions. Known to us as bullying, this age-old problem has surfaced on social networking sites and now a new survey seems to indicate that cyberbullying has extended into the workplace. What is really surprising is that a survey in the UK seems to indicate that over 80% of those in the workplace who participated in the survey have indicated that they have been the victim of cyberbullying.

The survey takers also discovered that bullying at work was on par with what kids and young teens experience in school, including being gossiped about, ignored, and even humiliated by peers. One of the latest examples of how this can happen is what occurred recently at Apple. Allegations are that the now deposed head of software who developed the non-Google Maps for the iPhone was one of those who could be described as a bully.

Bullying is no longer limited to just emails or posting on social networking sites. Bullying can also take the form of text messages to the individual’s phone, comments posted on blogs, the sharing of manipulated images of the person being harassed, or other offensive comments posted directly on the comments section of websites.

Here are some tips I would recommend that you take to curb cyberbullying at work that may actually help you.

In the workplace, employers should have written policies in place that prevent employees from being bullied, whether online, in the office, or anywhere in the workplace. Without a written policy, the employer can suffer from a lack of employee morale, lack of production, and also subject themselves to a possible lawsuit by not taking proper action immediately.

For anyone who reads this and who has been the victim of bullying in the workplace or knows of an incident in which someone else was bullied, share your solutions with us.

I strongly dislike bullies no matter where the bully practices his trade and would hope that you would be part of the solution to stop bullies in their tracks. 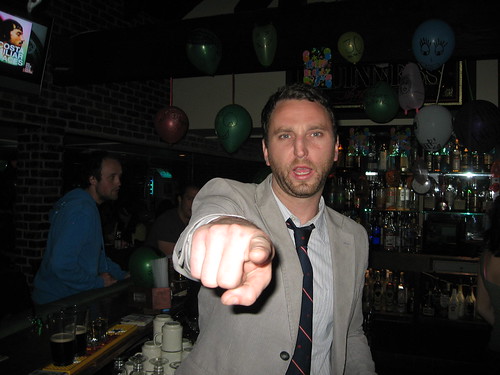 Loners and antisocial kids who reject other children are often bullied at school — an accepted form of punishment from peers as they establish social order. Such peer victimization may be an extreme group response to control renegades, according to a new study from Concordia University published in the Journal of Early Adolescence.

“For groups to survive, they need to keep their members under control,” says author William M. Bukowski, a professor at the Concordia Department of Psychology and director of its Centre for Research in Human Development. “Withdrawn individuals threaten the strong social fabric of a group, so kids are victimized when they are too strong or too antisocial. Victimization is a reaction to anyone who threatens group harmony.”

Bukowski notes that the word victimization is related to the word for sacrifice and speculates the term remains relevant in establishing modern dynamics among kids. “Peers who are victimized are sacrificed for the survival of the group.”

The study, which focused on 367 English-speaking kids enrolled in grades five and six at public schools in Montreal, was undertaken to gain better insight into what makes some kids popular while others are perceived as victims or bullies.

The research team focused on social versus physical aggression among kids. “Using aggression in ways that are acceptable by peers is critical in children keeping their social status and, in turn, their social dominance,” says Bukowski, noting physical attractiveness and personality traits could also influence peer standing. “We found dominant children used organized, instrumental types of relational aggression to position themselves.”

To ascertain whether kids were leaders, victims or bullies, Bukowski and his team asked participants — 176 boys and 191 girls — to rate same gender peers on 17 characteristics. Bullies, for instance, were characterized as kids “who says bad things behind other people’s backs; who purposely keep others out of their group; who tell friends they’ll stop liking them unless they do what they want.”

Alpha-kids were described as “someone who others kids usually follow; someone who is often a leader; someone who always get their own way.”

Bukowski, who observed many instances of peer victimization in his previous career as a math teacher in elementary and high-schools, says educators and parents can help protect children from being victimized and prevent alpha-kids from becoming bullies.

“No one wants to blame the victim, so teachers and parents always focus on bullies, but it’s important to treat symptoms in peer victimization and not only the causes,” he says.

To prevent victimization in classrooms and help neutralize bullying, teachers should foster egalitarian environments, where access to power is shared, he continues. “Parents and educators should also encourage children who are withdrawn to speak up and assert themselves.”

Microsoft has been and still is the company that everyone loves to hate. In this article by Richard Stallman, the criticisms continue. Most of what Mr. Stallman states has been said before. That Microsoft is a big bully that controls the computer market by fear and intimidation. But the article also states that other software companies are also to blame and include Apple, Adobe,  ‘and the rest‘ [whoever that might be,], are just as bad as Microsoft.

But than there is this statement:

Many outside the computer field credit Microsoft for advances which it only took advantage of, such as making computers cheap and fast, and convenient graphical user interfaces.

Interesting. Is this true? Do we need to credit Microsoft for bringing about cheap and fast computers?

Microsoft’s software is distributed under licenses that keep users divided and helpless. The users are divided because they are forbidden to share copies with anyone else. The users are helpless because they don’t have the source code that programmers can read and change.

If you’re a programmer and you want to change the software, for yourself or for someone else, you can’t.

If you’re a business and you want to pay a programmer to make the software suit your needs better, you can’t. If you copy it to share with your friend, which is simple good-neighbourliness, they call you a “pirate”.

Should programmers be allowed to modify Microsoft software as stated above?

What do you think? Is Microsoft a villain? Or have they contributed more to the computer industry than they have taken away?