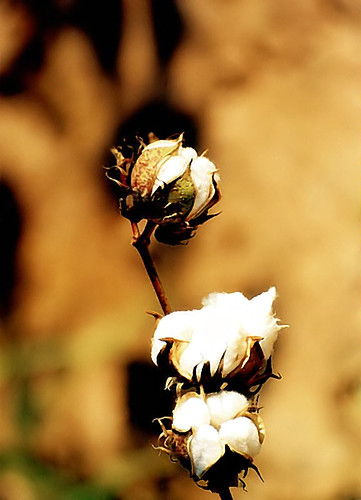 Consider this T-shirt: It can monitor your heart rate and breathing, analyze your sweat and even cool you off on a hot summer’s day. What about a pillow that monitors your brain waves, or a solar-powered dress that can charge your ipod or MP4 player? This is not science fiction — this is cotton in 2010.

Now, the laboratory of Juan Hinestroza, assistant professor of Fiber Science and Apparel Design, has developed cotton threads that can conduct electric current as well as a metal wire can, yet remain light and comfortable enough to give a whole new meaning to multi-use garments. This technology works so well that simple knots in such specially treated thread can complete a circuit — and solar-powered dress with this technology literally woven into its fabric will be featured at the annual Cornell Design League Fashion Show on Saturday, March 13 at Cornell University’s Barton Hall.

Using multidisciplinary nanotechnology developed at Cornell in collaboration with the universities at Bologna and Cagliari, Italy, Hinestroza and his colleagues developed a technique to permanently coat cotton fibers with electrically conductive nanoparticles. “We can definitively have sections of a traditional cotton fabric becoming conductive, hence a great myriad of applications can be achieved,” Hinestroza said.

“The technology developed by us and our collaborators allows cotton to remain flexible, light and comfortable while being electronically conductive,” Hinestroza said. “Previous technologies have achieved conductivity but the resulting fiber becomes rigid and heavy. Our new techniques make our yarns friendly to further processing such as weaving, sewing and knitting.”

This technology is beyond the theory stage. Hinestroza’s student, Abbey Liebman, was inspired by the technology enough to design a dress that actually uses flexible solar cells to power small electronics from a USB charger located in the waist. The charger can power a smartphone or an MP3 player.

“Instead of conventional wires, we are using our conductive cotton to transmit the electricity — so our conductive yarns become part of the dress,” Hinestroza said. “Cotton used to be called the ‘fabric of our lives’ but based on these results, we can now call it ‘The fabric of our lights.'” 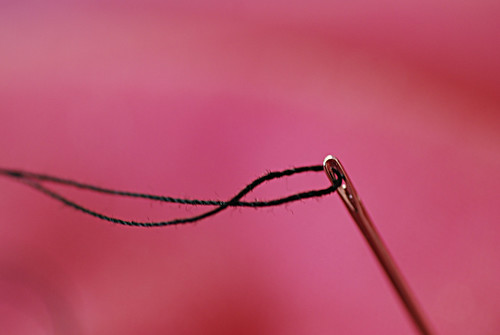 A discovery by Monash University scientists could see humble cotton thread emerge as a core material in low-cost ‘lab-on-chip’ devices capable of detecting diseases such as kidney failure and diabetes.

In a world first, the researchers have used ordinary cotton thread and sewing needles to literally stitch together the uniquely low-cost microfluidic analytical device, which is the size of a postage stamp.

Microfluidic analytical devices, which have been produced from a range of materials over the last couple of decades, allow scientists to carry out chemical analyses of minute fluid samples, such as blood and urine. Production of conventional devices is complicated and expensive, requiring the incision of channels into chips made of silicon, glass, ceramic or metal.

The device, created by Associate Professor Wei Shen and his research team from Monash University’s Engineering Faculty, works by wicking fluid along the microscopic fibres of cotton thread sown into a polymer film. The thread’s absorbent property ensures a defined flow for fluids being tested, so complex channels and barriers do not need to be etched into the chip.

Associate Professor Shen said the cotton-based microfluidic system was a novel concept and he hoped further research could lead to the provision of low-cost disease screening and detecting devices to developing countries.

“There are currently promising technologies in the area of paper-based microfluidic diagnostic devices, however the disadvantage is that it requires expensive equipment to fabricate the sensors,” Associate Professor Shen said.

“The benefit of cotton thread-based devices is that they can be made using simpler equipment, such as sewing machines, so they could be produced in developing regions where high-cost diagnostics are not available and not feasible. We are in the very early days of this research, but we are very excited about where it could lead.”

Associate Professor Shen, whose discovery is detailed in the latest issue of ACS Applied Materials and Interfaces, said the low-cost simplicity of the cotton-thread concept belied its power and potential to make a huge difference to healthcare in many parts of the world.

“Communities in the developing world are very vulnerable to diseases, so early detection and screening systems can save many lives. However, many of the current commercial devices are not cheap enough for large-scale health-care projects involving disease detection, so an affordable alternative could make a huge difference.

“My research team is thrilled about this discovery. Our results demonstrate that thread is suitable for fabricating microfluidic diagnostic devices for monitoring human health, the environment, and food safety testing — especially for less-industrialised or remote communities. Further research could also lead to use in personal products such as baby nappies.”