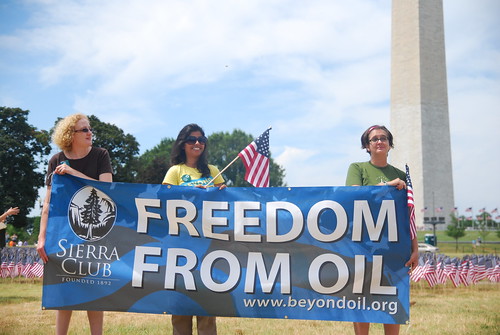 Anger, depression, and helplessness are the main psychological responses being seen in response to the catastrophic Deepwater Horizon oil spill in the Gulf of Mexico, and they are likely to have long-lasting effects, according to an interview in Ecopsychology, a peer-reviewed, online journal published by Mary Ann Liebert, Inc. The interview is available free online here.

The anger being expressed in response to the recent BP oil rig explosion and resulting spill of millions of gallons of oil into the Gulf of Mexico is “a way of masking the really unfathomable and profound despair that is just under the surface as we watch this catastrophe unfold,” says Deborah Du Nann Winter, PhD, Professor of Psychology at Whitman College (Walla Walla, WA). In an interview published in Ecopsychology and conducted by Editorial Board member Susan Koger, PhD, Professor of Psychology at Willamette University in Salem, OR, Winter predicts a great deal of chronic depression, withdrawal, and lack of functioning among not only people directly affected by the events in the Gulf, but also people nationwide and globally who identify or empathize with their circumstances.

Describing the oil spill as “the absolutely worst ‘environmental’ disaster” in the history of the United States, Winter discusses her own personal attempts to deal with the negative emotions she is experiencing by focusing at times on hopeful, positive feelings related to the “tremendous self-sacrifice and generosity of spirit” among those affected by the spill and those helping to contain it and clean up the oil.

With the hope that the BP spill, with all the damage and suffering it is causing, will stimulate renewed environmental activism and changes in attitudes and behaviors, Winter says, “this disaster is probably just the kick in the pants that the environmental movement has needed.”