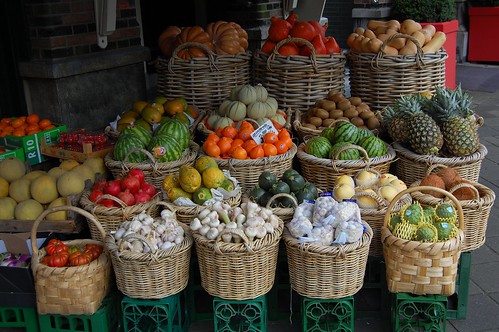 Four unhealthy behaviors—smoking, lack of physical activity, poor diet and alcohol consumption—appear to be associated with a substantially increased risk of death when combined, according to a report in the Archives of Internal Medicine, one of the JAMA/Archives journals.

“Several studies have shown that specific health behaviors, including cigarette smoking, physical inactivity, higher alcohol intake and, to a lesser extent, diets low in fruits and vegetables, are associated with an increased risk of cardiovascular disease, cancer and premature mortality [death],” the authors write as background information in the article. Most studies that examine the effects of these behaviors control for other unhealthy behaviors to identify independent effects. However, several poor lifestyle choices may coexist in the same individual.

“To fully understand the public health impact of these behaviors, it is necessary to examine both their individual and combined impact on health outcomes,” write Elisabeth Kvaavik, Ph.D., of University of Oslo, Norway, and colleagues. The researchers interviewed 4,886 individuals age 18 or older in 1984 to 1985. “A health behavior score was calculated, allocating one point for each poor behavior: smoking; fruits and vegetables consumed less than three times daily; less than two hours physical activity per week; and weekly consumption of more than 14 units [one unit equals 8 grams, or about 0.3 ounces] of alcohol (in women) and more than 21 units (in men).”

During an average of 20 years of follow-up, 1,080 participants died—431 from cardiovascular disease, 318 from cancer and 331 from other causes. When compared with participants who had no poor health behaviors, the risk of death from all causes and from each cause increased with each additional behavior.

“Modest but achievable adjustments to lifestyle behaviors are likely to have a considerable impact at both the individual and population level,” the authors conclude. “Developing more efficacious methods by which to promote healthy diets and lifestyles across the population should be an important priority of public health policy.”

Microsoft has posted 10 tips to help and keep your home network healthy and in good shape. After looking at the tips, these can also apply to anyone who uses a computer, whether or not they have a network in place or not. Yes, these are basic tips, and I am sure most of you who will read these are familiar with all of them. But it served as a reminder to me, since I know it is time for me to make a backup of my vital information.

So here are the tips:

2. Configure and use Windows Update.

3. Get the most from the Network and Sharing Center.

5. Configure and use Windows Defender.

6. Configure and use Windows Firewall.

7. Prevent your kids from downloading malware with Parental Controls.

8. Keep a backup of all your data.

9. Protect your computer from unwanted downloads.

10. Take care of your hardware.

I thought number 10 was different since it usually doesn’t make any lists I have seen before. It is described as:

You need to do more than secure your operating system. You also need to secure your hardware. This includes but is not limited to

What the heck is this Windows fanatic doing – writing about losing weight? That makes no sense, as everybody in Gnomeland is in peak condition (and he’s the only one who could stand to lose a few pounds). Assuming the preceding statement is false, I’m going to move forward with sharing my weight loss experiences with everyone – as enough inspiration has already been spread through our little discussion list. In total, I’d guess that some of us have already lost a combined weight of 20lbs in the past week or so. I wish I could’ve lost twenty in the past week on my own, but that would have been entirely unhealthy to do. Regardless, I think there’s strength in numbers – which is causing me to formulate an idea that could benefit the lot of us.

Wanna share your weight loss / maintenance / health secrets with the rest of us? Tips and tricks could be geeky or not! I’ll get the ball rolling with a few bulletpoints, and I’m hoping that you can do the same. If you can, send those tips in to me ASAP – preferably in a semi-organized list format. Tell us who you are, what you do, and why you do it. Let’s inspire each other to keep going forward! Be sure to include your name and URL if you’d like to have credit for the submission. When I’ve collected notes from about 50 of you, I’ll issue volume one of Lockergnome’s Guide to Losing Weight. At the end of the day, we’ll have a small compendium of tips that might just help another Gnomie find his or her way to a happier body. Here are a few of my favorite geeky weight loss tips:
END_OF_DOCUMENT_TOKEN_TO_BE_REPLACED