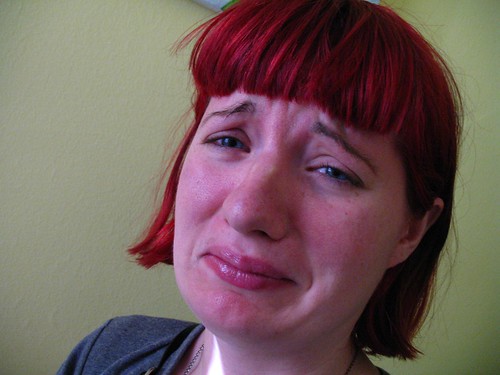 I can honestly say that being a homebody has its advantages sometimes. This is especially true when you consider the likelihood of having your laptop stolen. Like having one becoming lost, the stolen laptop is going to rank right up there losing your wallet or car. It stinks, especially when you consider how much of our lives are stored on these portable devices these days. Now imagine that you had a thesis on the laptop that was stolen… without a backup of it offsite. Yeah, that is what happened for the individual in the link above.

To make matters worse, this could actually affect the above described individual’s ability to complete his stint at the University of Calgary. Despite being overly obvious to those of us who KNOW that not backing up is just insane, this goes to prove that otherwise educated individuals are still not learning this lesson. Perhaps colleges and other institutions of learning need to begin a common sense campaign for doing offsite backups.

I mean, easy solutions such as Jungle Disk aren’t expensive. Just back up the most important stuff and it only costs pennies per month. It’s a drop in the bucket when compared to the alternative of losing it all like the guy above who lost his laptop. Because, folks, the technology is there at a price point that anyone can afford it. We just need to spend a little more time educating people about doing offsite backups today — before the next victim comes forward.

It seems that a backup tape for customer data, including social security numbers, has been missing since last October. GE Money which handles account information for JC Penny and others has stated that some 650,000 customers may be at risk. But what is really news here is the way that GE Money has handled this data loss. It seems that GE Money has sent out letters to those who’s records may have been lost, but that many users may have thought the letter was junk mail and not an important announcement.

Let’s face it. Most of us who received junk mail simply toss out the mail without opening it. If we don’t recognize the mail as being from a company that we deal with, out it goes. In this case it could be exactly what happened and many customers do not realize their data may have been lost. The article from CNN Money states:

Incidents like this add to consumer concern about fraud. The Identity Theft Resource Center says there was a six-fold increase last year in the number of records reported compromised in the United States — to 125 million.

Data breaches can stem from hacking, as well as the physical loss or theft of computers of data storage equipment.

It took GE Money two months to reconstruct the missing tape and identify the people whose information was lost. Since December, the company has been notifying consumers in batches of several thousand and telling them to phone a call center set up to deal with the breach. The notification is expected to be completed next week.

Has anyone received a notification from GE Money? Let us know.

We need your help. I have a friend of mine that has apparently “lost” some photos from a Secure Digital card while transferring the pictures to her computer. The PC itself had crashed during the transfer via a card reader. Since this event, the card is now showing zero pictures whatsoever. Just in case, no write access or formating has taken place on the card since this event.

Here is where you, the Lockergnome reader, gets to help us to rescue some very important pictures. We need to know which software and/or technique you recommend to rescue lost photos from a SD memory card. We are able to use either a card reader or the camera directly if needed, so no problems there.

Seriously, it was an understandable event as the owner of the card simply does not own a PC herself. So she was using a friend’s computer when disaster struck. Any advice or suggestions would be greatly appreciated. Later on, all suggestions will be shared here at Lockergnome. Thanks all.

Have comments? Want to share feedback? Email me at [email protected]. Note that, by clicking on that link, the subject defaults to “feedback.” Changing this subject will cause POPFile to quarantine your message and I will never see it – so please don’t!

Hey Linspire, are you reading this? You are about to lose a big fan if you do not make some very important things happen here very soon.
END_OF_DOCUMENT_TOKEN_TO_BE_REPLACED