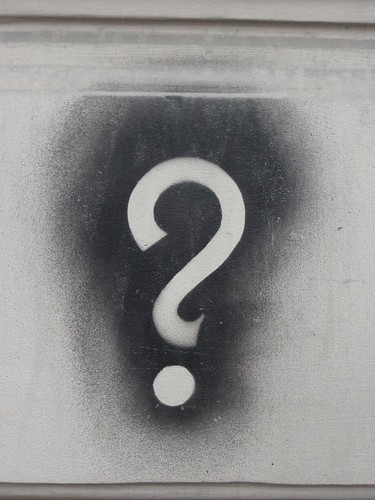 In a previous tip, I showed you how to restore the Recycle Bin if you (or someone else) inadvertently deleted it. You can also prevent the Recycle Bin from being deleted all together with a Registry tweak. By completing the steps below, the Delete option is no longer available when you right click the Recycle Bin.

[Photo above by konradfoerstner / CC BY-ND 2.0]

In a previous tip, I showed you how to restore the Recycle Bin if you (or someone else) inadvertently deleted it. You can also prevent the Recycle Bin from being deleted all together with a Registry tweak. By completing the steps below, the Delete option is no longer available when you right click the Recycle Bin.

[Photo above by konradfoerstner / CC BY-ND 2.0]

Recently there was a news program which highlighted the facts that some banks were having new homes demolished after being foreclosed upon. But when I read this article about a home being demolished by mistake, it shows just how ludicrous this has become. The tale of woe begins by the owner of the home getting a phone call from a neighbor saying his home had been demolished.

The owner of the home in question then contacts the demolishing company who states that they have the paper work to demolish the home. The owner asks what address they were to complete the demo at, and he learned that the company used GPS coordinates to locate the home. Unfortunately it was the wrong home.

The owner is frustrated since the home contained memorable of his family. On a TV news site they state the following:

The house his father built, brick by brick, with his own hands has been mysteriously demolished.

“You can’t imagine. It’s just incredulous that something like this can happen and no one contact the owner,” said Byrd.Byrd grew up in the home with his nine brothers and sisters. It’s a three bedroom house on a little road bearing his family’s name.“We were taught that you could do anything that you wanted to do as long as you were willing to work hard and pay the price,” said Byrd.

Needless to say the homeowner is further frustrated since the company that demolished his home refuses to return his calls.

What would you do if this happened to you?

It seems that Google has made a mistake and accidentally closed down some Blogger.com web sites that were marked as spam sites. The error seems to be caused by a ‘bug’ in the software that monitors site activity. Google issued an apology on heir Blogger Buzz site which stated:

We want to offer our sincerest apologies to affected bloggers and their readers. We’ve tracked down the problem to a bug in our data processing code that locked blogs even when our algorithms concluded they were not spam. We are adding additional monitoring and process checks to ensure that bugs of this magnitude are caught before they can affect your data.

At Blogger, we strongly believe that you own and should control your posts and other data. We understand that you trust us to store and serve your blog, and incidents like this one are a betrayal of that trust. In the spirit of ensuring that you always have access to your data, we have been working on importing and exporting tools to make it easier to back up your posts. If you’d like a sneak peek at the Import / Export tool, you can try it out on Blogger in Draft.

Our restoration today was of all blogs that were mistakenly marked as spam due to Friday’s bug. Because spam fighting inherently runs the risk of false positives, your blog may have been mis-classified as spam for other reasons. If you are still unable to post to your blog today you can request a review by clicking Request Unlock Review on your Dashboard.

So it seems that even Google can have problems when their own software which tags good sites as bad. Which makes one wonder. What other ‘bugs’ may be in the Google software in other departments?

Since April, AT&T has announced on several occasions that iPhone users would be getting free wi-fi at hot spots. This happened again today when AT&T posted on their web site, the same free wi-fi access. But the offer was later pulled by the company saying it was a mistake. According to this blog:

Now, free iPhone Wi-Fi is back, complete with a formal announcement from AT&T. iPhone Alley has the scoop:

The announcement now gives free access to Wi-Fi at all of AT&T’s over 17,000 Wi-Fi hotspots across the nation, including:

What AT&T giveth, AT&T can just as quickly taketh away. Dare iPhone owners get their hopes up this time around?

Update: Hopes dashed again! I can’t decide whether to laugh or weep.

Local AT&T spokesman Dan Feldstein just called to say that, once again, the page discussing free iPhone Wi-Fi was posted in error. At this point, there’s no free AT&T Wi-Fi for iPhone owners.

So there you have it. No free wi-fi for iPhone users. Just a nasty prank by AT&T which says it is just another mistake. If AT&T has this much trouble making mistakes about free wi-fi, it makes one wonder about their accounting department. Is that a joke also?


Get Our Email Newsletter