In a recent email, a reader asks, “Do you think I should wait until WWDC and the release of Mac OS X Lion to purchase a MacBook Pro, or simply buy one now and upgrade later?”

That’s a great question. On one hand, right now is the best time to buy a MacBook Pro since the new line just came out and you don’t run the risk of an upgrade being right around the corner. On the other hand, you may need to deal with the hassle of purchasing Lion and upgrading within a couple months of receiving your Mac.

To date, the only official estimate for Lion’s release is sometime in the summer of 2011, which may or may not coincide with WWDC. Your wait could very well be shorter, or longer than expected.

This all boils down to personal needs and preferences. If you plan on purchasing a MacBook Pro with the solid-state drive option, you’ll probably find TRIM feature included with Lion to be quite useful. That’s not to say this won’t be available to you if you decide to upgrade later.

Currently, OS X Lion is expected to release at a retail price of $129, which follows suit with previous major releases excluding the more recent Snow Leopard which acted more like a minor update than a stand-alone OS version. That’s not to say that Apple won’t change their usual pricing in this case, as they have been reducing their software prices in general lately.

Overall, the decision is yours to make. You can save a little money and hold off until Lion sees the light of day, or have an extra couple of months with an amazing system that works just fine in the meantime. 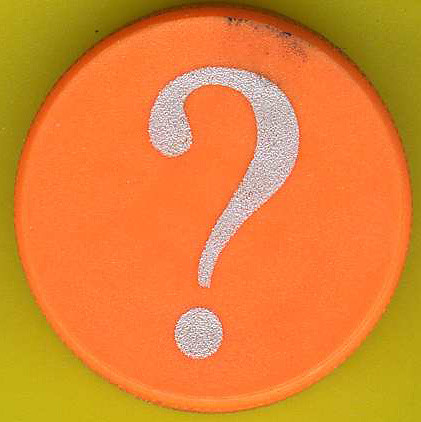 Have you stopped by Lockergnome.net yet? In a nutshell, it’s a new site where you can ask and answer questions with fellow Gnomies and earn fabulous karma points! 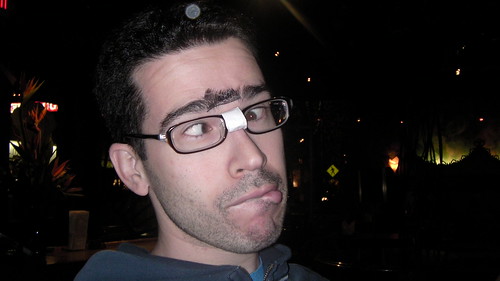 Have you stopped by Lockergnome.net yet? In a nutshell, it’s a new site where you can ask and answer questions with fellow Gnomies and earn fabulous karma points!

What do you do when a NYPD computer keeps telling the cops that you are a dangerous criminal? You can try to ignore the 50 times the cops have come to your door asking questions, or you can move as one previous home owner did. So this is a story in which a home located in Brooklyn was used as a test address when the cops were setting up their computer system. Only problem is that the computer keeps thinking this must be a home of bad guys and keeps sending the cops there to ask questions.

The questioning involves robberies and murders in which an 82 year old female by the name of  Rose Martin, keeps telling the law officials that she has no information. But someone at police headquarters finally decided to do something about the problem and removed Martin’s name and address from the computer system. Hopefully this should solve the problem.

But guess what? The previous home owners were told the same thing before selling the home to Martin. Nothing changed and the cops kept coming, so the disgruntled folks sold the home and moved.

Each evening the news bombards us with the dire situation that out country is facing, hitting us with unemployment numbers that show how bad the situation has become. We are hear about the business that have closed, how vehicle sales have declined and how the economic situation gets worse each passing day. We also see how the Dow has plunged and that the markets are having trouble rebounding from the crisis [insert any crisis here], that has plagued our economic situation.

With all of the doom and gloom hitting us in the face ever day, it does make one wonder just how bad things really are. What brought this into perspective was last Saturday, Valentine’s Day, in which we ventured to Springfield, Missouri for a meal. We left early knowing that the restaurants may be crowded. Crowded was a complete understatement of the situation.

We went to Cheddars, Olive Garden, TGIF and Macaroni Grill that all had 2 hour waits. The traffic was unbelievable as we went from one area to another. We finally went to a restaurant called the Old Chicago Grill that only had a 25 minute wait which was more like 45 minutes, but the food and service were great and we were happy just to have our belly full.

So what is your experience been where you live?

Have you ever been asked a question that you have been reluctant to answer because the person asking could have easily just “googled it?” Well here is a Web site that I think you may find quite fun: Let Me Google That For You.

When you enter this Web site you can type whatever question you wish into the search box then click search. What this will do is give you a link that, when clicked, will play a short animation of a cursor on a Google page moving to the search box then typing out whatever question you typed before redirecting to an actual Google search of that question. You send this link to whoever asked the question.

This should be a fun alternative to simply saying “GOOGLE IT!”

Thanks for your time, Chris. I’m an avid watcher of your YouTube videos and you have showed me so many cool things in the past.

I was reading a few articles about Dell’s announcement about smaller desktops coming towards the end of the year. Not tht this is earth shattering, since Dell has previously made small footprint PC’s in the past. But it jogged my memory about the keyboard PC from a company called Cybernet. The entire computer is inside an over sized keyboard that houses the entire computer. It always amazed me that these computers were neither copied by the major OEM’s nor became mainstream.

Cybernet describes their latest unit as:

This new generation All-in-One PC in a keyboard not only takes up far less desktop space, but also puts an Intel® Core™ 2 Quad CPU with all its features and performance at your fingertips. The new ZPC-GX31™ is a true innovation packing so much power, performance and compatibility inside a normal size keyboard. With features such as Dual Display capabilities, 4GB of DDR2/667MHz RAM, 1Gb LAN and DVI interface you now have a complete personal computer that takes up no more space than a typical keyboard. Simply place it on your desktop, plug in a monitor and you are done!

Also, this is one of the only PC’s available in which the unit can be purchased without an operating system. So if the consumer wishes to install Linux or an copy of Windows XP, they are free to do so. Cybernet also offers an all in one unit which fits into a monitor as well.

But my questions is this? Why did this system never become mainstream?

Since sales of laptops now tops 50% of all new PC sales, replacing failing batteries in laptops is a hot topic. So I was interested when a reader sent in this link about a company in Fremont, CA. I took a look at the EC Battery website and found that the pricing appeared to be low compared to other sites I have visited. Which brings up the question. Is this to good to be true?

On their site they state:

Shop at Ecbattery.com for replacement laptop batteries and Digital camera batteries as well as many other related consumable products.

So my question is has anyone ordered a replacement battery from this company? What has your experience been?

Here is another one of those WHY questions. The Apple folks are running a commercial on TV with the PC guy and Mac guy at it again. But this time it relates to an alleged fact that Vista runs faster on a Mac. Naturally the PC guy denies this fact and does try to lead us to believe that this isn’t so. Up pops the Apple logo and thus ends the commercial.

Putting aside for one moment the dubious test results being touted as fact, and putting aside also the PC vs Mac debate to which there will never be a clear winner, one needs to ask WHY? Why would anyone want to run Vista on a Mac in the first place, except as a testing platform and bragging rights to say that it can be done? What is the purpose of the commercial?

Maybe I am missing something in the translation. But last night when the commercial aired once again, my wife asked me “why would anyone want to run Vista on a Mac?” I didn’t have an answer for her. Thus again the question goes back to WHY?

For years we have been told from the Mac crowd that the beauty part of using a Mac is the operating system itself. Little is mentioned about the hardware nor the performance capabilities. We have been told that Apple systems are more secure, less prone to infections, and more intuitive with the added benefit of being easier to use. For the most part these assumptions have always been based on the operating system, not the hardware. With Apple using an Intel based system along with its own hardware specifications tuned for the Apple operating system, one would suspect that this is the reason a Mac OS does not function on a standard PC.

My WHY question is not designed to start a Mac vs PC debate. But rather to enlighten me as to WHY anyone should care if Vista runs faster on a Mac than on a PC? Wouldn’t that kind of defeat the purpose of buying a Mac in the first place?