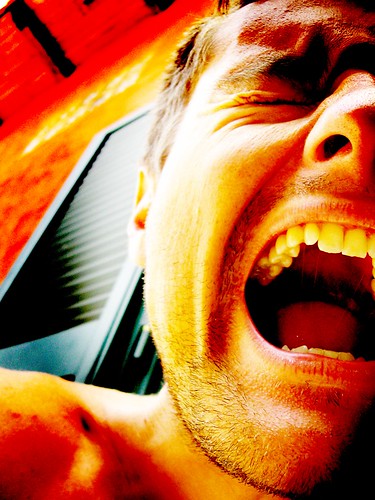 Researchers from Mount Sinai School of Medicine have discovered a major mechanism underlying the development of tolerance to chronic morphine treatment. The discovery may help researchers find new therapies to treat chronic pain, and reduce tolerance and side effects associated with morphine use. The findings are published in the July 20th issue of Science Signaling.

Overcoming tolerance to morphine after chronic administration has been a persistent problem in treating patients with severe pain, including those with cancer and neuropathy and recovering from major surgeries. After a week of morphine use, its effectiveness decreases as patients build tolerance, and patients also experience negative side effects like addiction and constipation. Researchers at Mount Sinai have identified changes in the brain and spinal cord that occur during the development of morphine tolerance, providing a therapeutic target for preventing it and allowing for the identification of new therapies to treat pain with fewer side effects.

Led by Lakshmi Devi, PhD, Professor of Pharmacology and Systems Therapeutics at Mount Sinai School of Medicine, the research team studied changes in the abundance and signaling properties of a protein complex containing two different types of opioid receptors in the brains of mice. The protein complex, called a heterodimer, is made up of the mu receptor and one other opioid receptor called the delta receptor. After using a clever strategy to develop selective antibodies for the detection of the heterodimer in vivo, they found that this protein complex excessively accumulates in areas of the brain that process pain. Previous studies from Dr. Devi’s lab have shown that signaling through this complex is associated with a reduced responsiveness to morphine over five days of treatment. Therefore, it is likely that the accumulation of this complex in pain-processing brain regions may be the cause of the development of morphine tolerance.

“We found that the brain selectively responds to chronic morphine by increasing heteromer abundance, blocking individual receptors from signaling the analgesic response to morphine,” said Dr. Devi. “Now that we have identified a signaling complex associated with morphine tolerance, we can develop a drug that will block the delta receptor within this complex, allowing the mu receptor to signal for pain reduction.” Dr. Devi’s team will also work to find a drug that binds to the mu-delta receptor complex so that they can study how this receptor complex presents itself in other diseases as well.

“This finding may apply to more than just opiates,” continued Dr. Devi. “We look forward to studying the behavior of similar receptor complexes in diseases like obesity, alcohol-induced liver fibrosis, and neuropathic pain itself.”

“most jobs in the private sector don’t really work on the important problems.”

Bill Gates seems to have a different attitude now that he is away from Microsoft, compared to when he was the head honcho for the mega software company. During his stint at Microsoft, one would guess that his priorities were to make as much money as possible, with little regard for the world around him. But now that he and his wife have formed the  Bill and Melinda Gates Foundation, his priorities have changed drastically and I believe this change is for the better.

One could ask, why has Bill Gates made such a dramatic change in his attitude? I personally believe that Gates has seen the light. One could conclude that he has finally realized that making money does not bring happiness into ones life. I am sure that his wife Melinda has also been instrumental in orchestrating these changes and that giving is in fact better than receiving.

What ever the reasons, I believe we should applaud the efforts of the Bill and Melinda Foundation and their efforts to ease some of the suffering in the world.