ZoneAlarm has a new software product called Social Guard to be used on your children’s Facebook accounts. In theory when a bad person tries to befriend your child, an alert is propagated by the software and an alarm is sounded alerting you, the parent, to the in intrusion. This is a subscription services and runs either $1.99 a month or $19.99 a year, for the installation and monitoring of a Facebook app on your child’s account.

On their web site the folks at ZoneAlarm claim that their software can stop the following attacks on your child:

ZoneAlarm also states that their Social Guard software will function properly using Windows XP with SP3, Windows Vista with SP1 or SP2 and also Windows 7. Anywhere from 1 to 2 GB of RAM are required depending on operating system. No other requirements are needed except an Internet connection.

In addition parents do not need a Facebook account to monitor their child. The monitoring is done through the software that is installed on the PC. There is one thing that parents will need to obtain from their child in order to install the Social Guard software. They will need the child’s Facebook username and password.

Though this may not pose a problem getting this information from younger teens, older teenagers could balk at the idea. There is also one other thing that parents should keep in mind. This does not stop a teen from setting up another Facebook account using a different logon and password which can be used on another computer outside of the home.

The teens of today are a resourceful and a tech savvy bunch. Though I understand parental concerns for their children, your child may balk at being monitored and could rebel. Of course if your teen hasn’t already stopped talking to you, then installing Social Guard could be the stimulus to having them clam up.

Police in Florida had an easy time  finding and arresting a teenager, after he had broken into a home. The teen took his time while going through the home’s contents, drinking soda and eating food along the way. He apparently made himself so much at home that he used the victim’s computer to log onto his MySpace account. There was one thing that he forgot: to log off of the account after he was done.

A caretaker of the home on Sugarloaf Key was preparing to remove hurricane shutters from the house when he spotted a person sitting inside on the living room couch.

When police arrived, no one was in the house, but they discovered empty soda and food containers, marijuana on a coffee table and an open back window. In one of the home’s bedrooms, a computer was logged into the MySpace account of 18-year-old Robert Rupp, the Sun-Sentinel reported.

Police arrested Rupp a short time later as he was walking around the neighborhood. Rupp, of Big Coppitt Key, was found to have screwdrivers in his pockets. He said he broke into the home because it was cold outside.

Rupp is charged with burglary, possession of burglary tools and theft.

It does make one wonder what this kid was thinking about. Common sense would tell you that anyone could ID you from any social networking account — especially if you take the time to log in and forget to log off. LOL

In what should be an interesting case, if in fact it goes to court, a teen from Arkansas is suing his mom for harassment. It seems mom may have tampered with the sons identity on Facebook, though some facts are still unclear as to what really has happened. The mom claims that it all started when her son posted unsavory content about his speeding in a car at 95 m.p.h. after having a fight with his girl friend.

The article further states that:

Denise proceeded to read her son’s posts, becoming more disturbed all the while, and even engaged in some sort of discussion with her son’s friends. Denise calls this discussion “a conversation between my son, me and his personal friends,” while Lane refers to it as “posting things that involve slander and personal facts about my life.” After that, Denise changed the password on both Lane’s Facebook account and his email, which is remarkably effective, as it stopped Lane from simply using another device to log in.

Lane, understandably upset, delivered a handwritten letter to his local courthouse, accusing his mother of harassment and invasion of privacy–she’ll face these misdemeanor charges at the Clark County courthouse next month. It’s probably worth noting that Denise does not have custody over her son–the boy moved in with his grandparents after his mother’s “messy divorce” that left her with undefined mental health problems.

Invasion of privacy or just a concerned mom? I believe that mom did violate her son’s privacy by getting into his facebook account and conversing with his friends. But what is going to be difficult for the court is this statement: 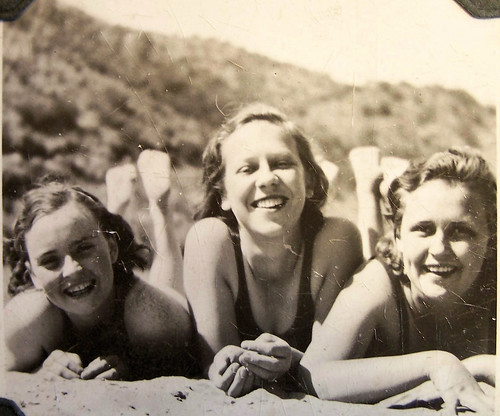 Recent studies have shown that behaviors such as happiness, obesity, smoking and altruism are “contagious” within adult social networks. In other words, your behavior not only influences your friends, but also their friends and so on. Researchers at the University of California, San Diego and Harvard University have taken this a step farther and found that the spread of one behavior in social networks — in this case, poor sleep patterns — influences the spread of another behavior, adolescent drug use.

The study, led by Sara C. Mednick, PhD, assistant professor of psychiatry at the University of California, San Diego School of Medicine and the VA San Diego Healthcare System, will be published March 19 in PLoS One.

Another novel network effect that they discovered was that teens who are at the center of the network are at greater risk of poor sleep, which in turn means they are more likely to use marijuana — putting them at the crossroads of two behaviors increases a teenager’s vulnerability.

Contrary to the general assumption that drug use has a negative effect on sleep, the researchers also found that sleep loss is likely to drive adolescents to use drugs — the less they sleep the more likely their friends are to sleep poorly and use marijuana.

“Our behaviors are connected to each other and we need to start thinking about how one behavior affects our lives on many levels,” said Mednick. “Therefore, when parents, schools and law enforcement want to look for ways to influence one outcome, such as drug use, our research suggests that targeting another behavior, like sleep, may have a positive influence. They should be promoting healthy sleep habits that eliminate behaviors which interfere with sleep: take the TV out of the child’s bedroom, limit computer and phone usage to daytime and early evening hours, and promote napping.”

A 16 year old teenager was arrested in New Jersey, after he made a racial remark over an intercom at a local Walmart store. The teen, whose name was not released, made the statement:

The teen was turned over to his parents while he awaits his court date.

What was not known is why he made such a statement.

Hopefully the youth will receive some type of counseling so that he understands how hurtful his words could be to others.

What can only be described as ‘stupid behavior,’ a Buffalo N.Y. 17 year old was arrested for drunk driving, which involved an accident that killed her passenger. But while the teen was out on bond, she had gone to Florida and posted on her Facebook page a photo of herself with the caption ‘drunk in Florida.’ Upon returning for her trial, the presiding trial judge cited the Facebook posting in his sentencing of the teen.

While the teen pleaded guilty to drunk driving and also criminally negligent homicide, the article went on to state:

The Buffalo News has learned that Sullivan went to Florida a month after the crash and posted a photo on her Facebook Web page captioned, “Drunk in Florida.”

“I’m troubled by your conduct since the crash,” County Judge Matthew J. Murphy III told Sullivan, “and that’s the reason for the jail sentence.”

“I don’t believe the defendant has earned it,” the judge said.

Murphy, in reading the terms of probation, went out of his way to emphasize to Sullivan that she isn’t allowed to drink for the next five years.

The teen’s attorney stated that she was remorseful for the death of her friend. That’s a funny way to show it, getting drunk again and placing the information along with her photo on Facebook. I would venture a guess that this teen will get drunk again during the next five years and also get caught driving while drunk.

Sometimes one has to laugh at our system of justice and the relaxed attitude we have about drunk driving. The parents of the passenger or going to sue the teen for wrongful death, which makes one wonder what they hope to get from the teen who is only 17? Maybe something from the parents, I suppose.

Starting next month, July 2008, there will be a new site on the Internet which is going to dedicate itself to the teenage crowd. Called ‘Teen In Tech’ the site is being run by a 15 year old who is the CEO of the new company. This new crop of web people are called ‘teentrepreneu’ and you can bet that the venture capitalist crowd are listening to them. According to their blog it states:

Teens in Tech is planning on launching this July. We are putting the finishing touches on our service now and can’t wait to launch to the public! Teens in Tech is committed to create the best possible community for teenagers looking to become involved in technology, be it through blogging, podcasting, or any form of new media. We can’t wait to see you checking out our service soon!

Well this sounds like a great idea. But the Dad in me says that this site could also be a great fishing spot for the perverts, sexual deviants, child molesting folks that unfortunately live amongst us. It is sad we need to view this as such, and it makes one wonder what safe guards, if any, will be in place when this site opens.

But what do you think? Am I be overly cautious in my assessment?

PS I saw this over at FoxNews about a teen being missing after possibly meeting someone on MySpace.